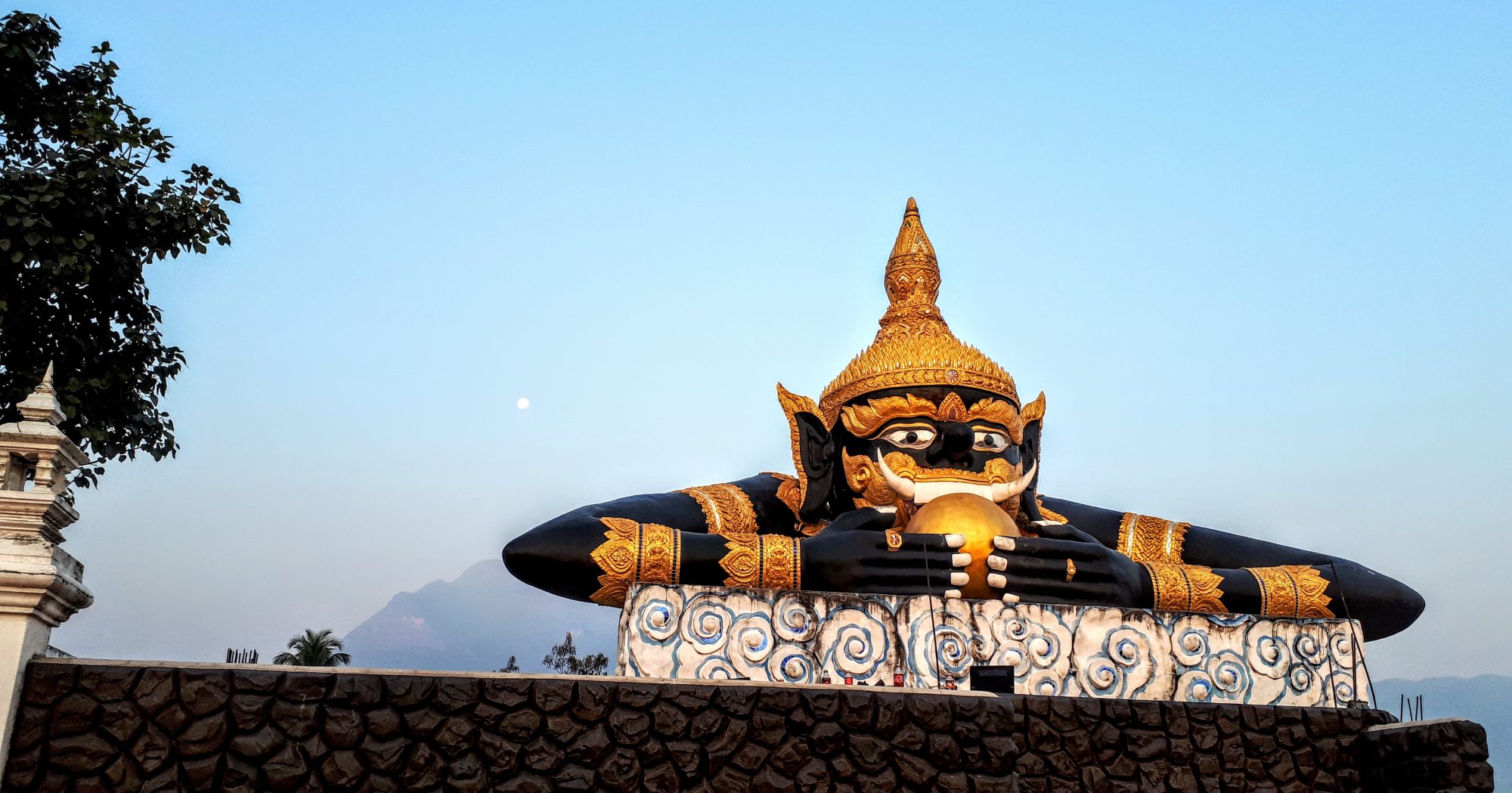 Praying to Baphomet for Suea Yen’s Release is a track inspired by an unusual incident. The Pha Yant Suea Yen (a blood and urine stained funeral cloth) by Ajarn A Klongkarn and the Pha Yant Suea Jet Pod (tiger divided into seven parts again on a funeral cloth) by Ajarn Tui finally arrived at my home after much considerable trouble. After installing these sacred Thai Lanna Buddhist items I made appropriate offerings to them. I am very grateful to the masters Ajarn A Klongkarn and Ajarn Tui and wish to thank them both from my heart for these beautiful holy Pha Yant. Tiger magic and the worship of the tiger deity Suea Yen in Northern Thailand is a powerful, remarkable and important ancient spiritual belief to behold, practice and follow. Suea Yen (The Cold Tiger) personifies Metta (love and compassion in the Buddhist tradition), Kong Krapan (invincibility), Maha Amnaj (power and command), Plot Pai (protection) and Maha Lap (luck).

During their long postal journey to me one of the packages was unexpectedly stopped by the UK government. After many years of receiving packages from Thailand this had never ever happened before. HM Customs at Heathrow Airport took the Pha Yant Suea Yen and stated on the Royal Mail tracking site that they would make an “assessment” of it. Upon seeing this I became very unhappy indeed. Over the course of a week I wrote three strong but polite emails to the Royal Mail. The thought of a stranger opening the package, someone not knowing what this sacred Pha Yant represented not just in terms of personal worship but also the spiritual belief system that it was a part of, made me very anxious and somewhat upset. A precise and exact set of offerings are required in order to fully welcome and accept the Pha Yant Suea Yen into the home. This may seem unimportant but in terms of correct practice it is essential and critical to the overall process of worship and ritual practice.

After an unconnected and what seems now to be serendipitous accident while shaving I decided there and then that I must offer my own blood that had been drawn by the cut to the powerful Baphomet amulet by Ajarn Apichai which feeds exclusively off this bodily fluid. I prayed to Baphomet the Angel during my practice and blood offering for the Pha Yant Suea Yen to be delivered safely unopened to me. When the packages finally both unexpectedly arrived both at the very same time a short time after the ritual was completed I saw that they had not been opened or examined by HM Customs. The boxes from the vendors Fabio and Paolina at Magia Thai were still sealed and unopened in their robust and secure packaging. What I have learned from this unusual instance of magical working is that before we receive something, it is important that we must give something of ourselves, whatever that ultimately may turn out to be ॐ