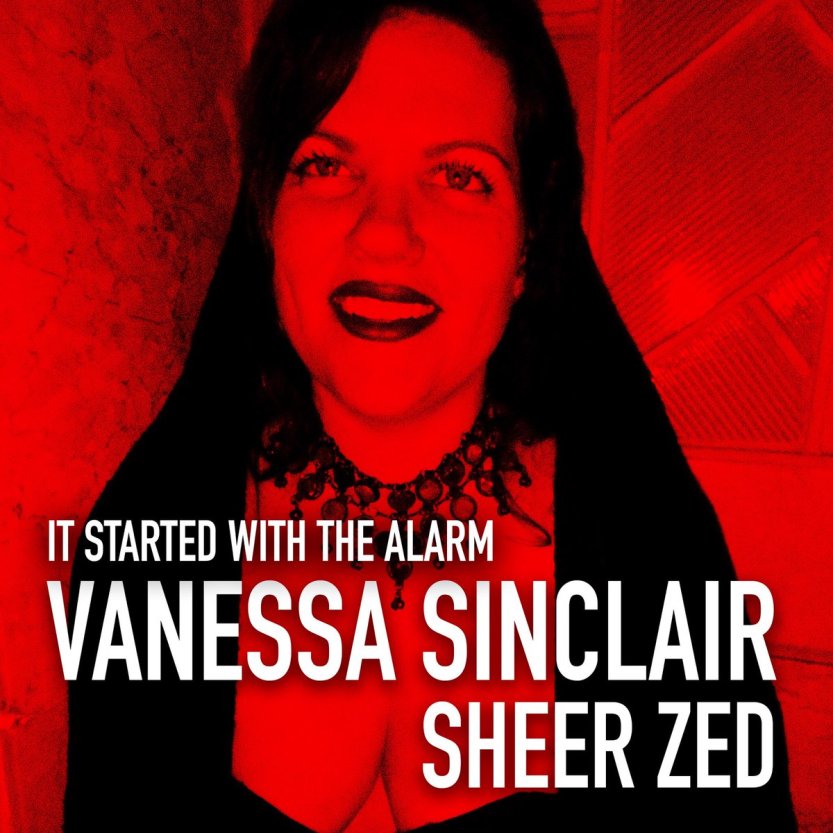 It Started With the Alarm with Vanessa Sinclair is an album of four deep, lush and exploratory electronic tracks enthused and crystallised with sublime cut up technique poetry. The album was inspired by and arose from four archival recordings of Vanessa’s beautiful divinatory poetry.

Using randomised and deliberate pre-production techniques I developed the tracks drawing in various styles and textures. Each of the tracks can be employed as a whole or separately for various taskings be they personal/group rituals, meditation, intellectual inquiry or just simple listening pleasure. An edited cut of the track Message 23 appeared on the compilation of the same name. A more generous and immersive version of this track appears here for the first time. Two of the four tracks were produced entirely from scratch while two others were utilised and deployed from an unreleased personal project.

Vanessa’s husband Carl Abrahamsson has very kindly released this kaleidoscopic album on his fine Highbrow Lowlife label. The album received vocal and frequency nourishment from Gregg Janman at Hermetech Mastering. The album can be purchased/streamed from iTunes here.